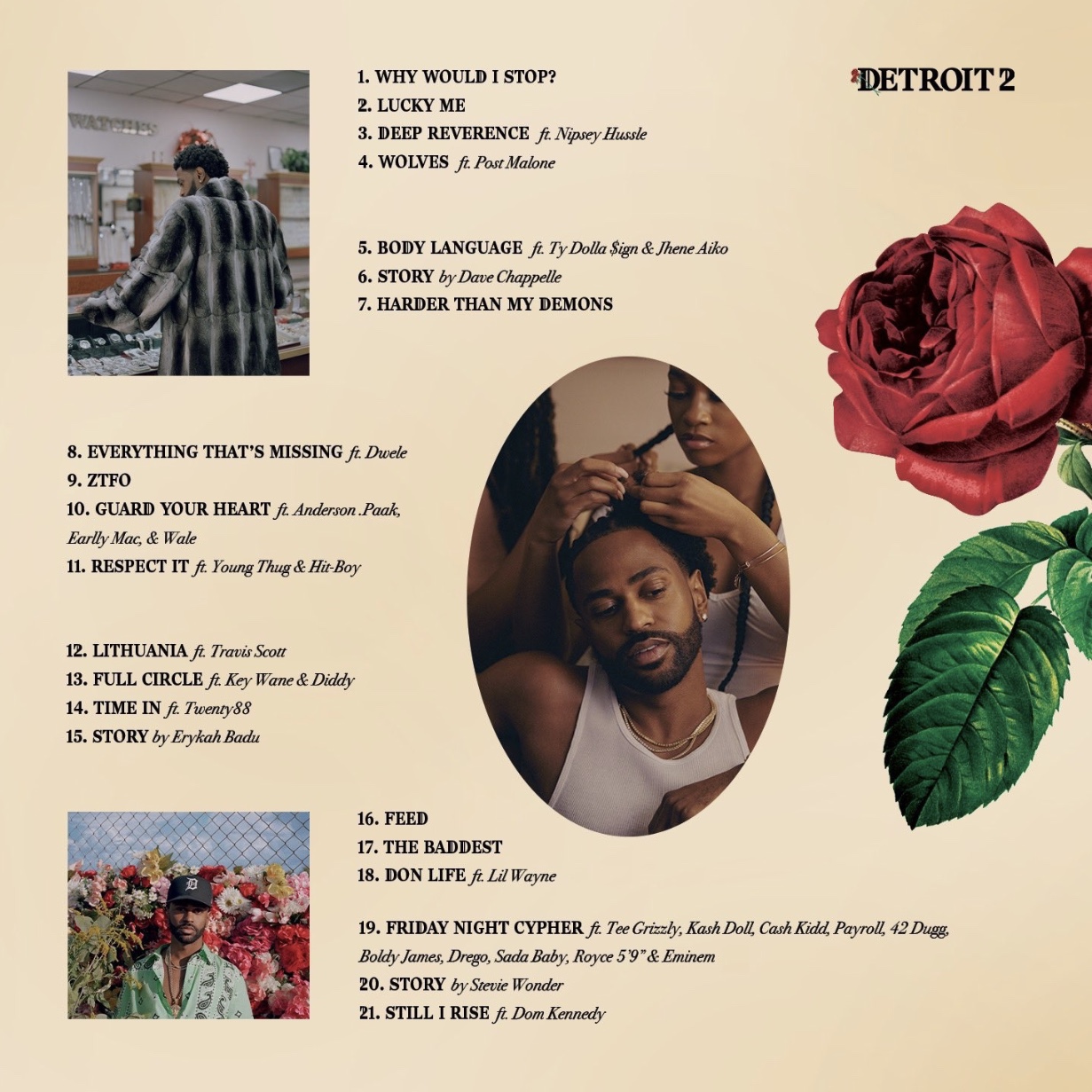 Big Sean has announced his debut album, Detroit 2, that will release this Friday, September 4. He just released his track list to his 21-track album that feature Jhene Aiko, Lil’ Wayne, Nipsey Hussle, Wale, Young Thug, Hit-Boy, Dom Kennedy, Kash Doll, 42 Dugg, Eminem, Stevie Wonder and more. The Detroit rapper has been gone for a while in regards to releasing new music. With the announcement of his new album, he had released his new track that features late great Nipsey Hussle called “Deep Reverence” followed by his new single “Harder Than My Demons.” Peep the latest track list from “Mula” rapper and the line up of who is on the album below.