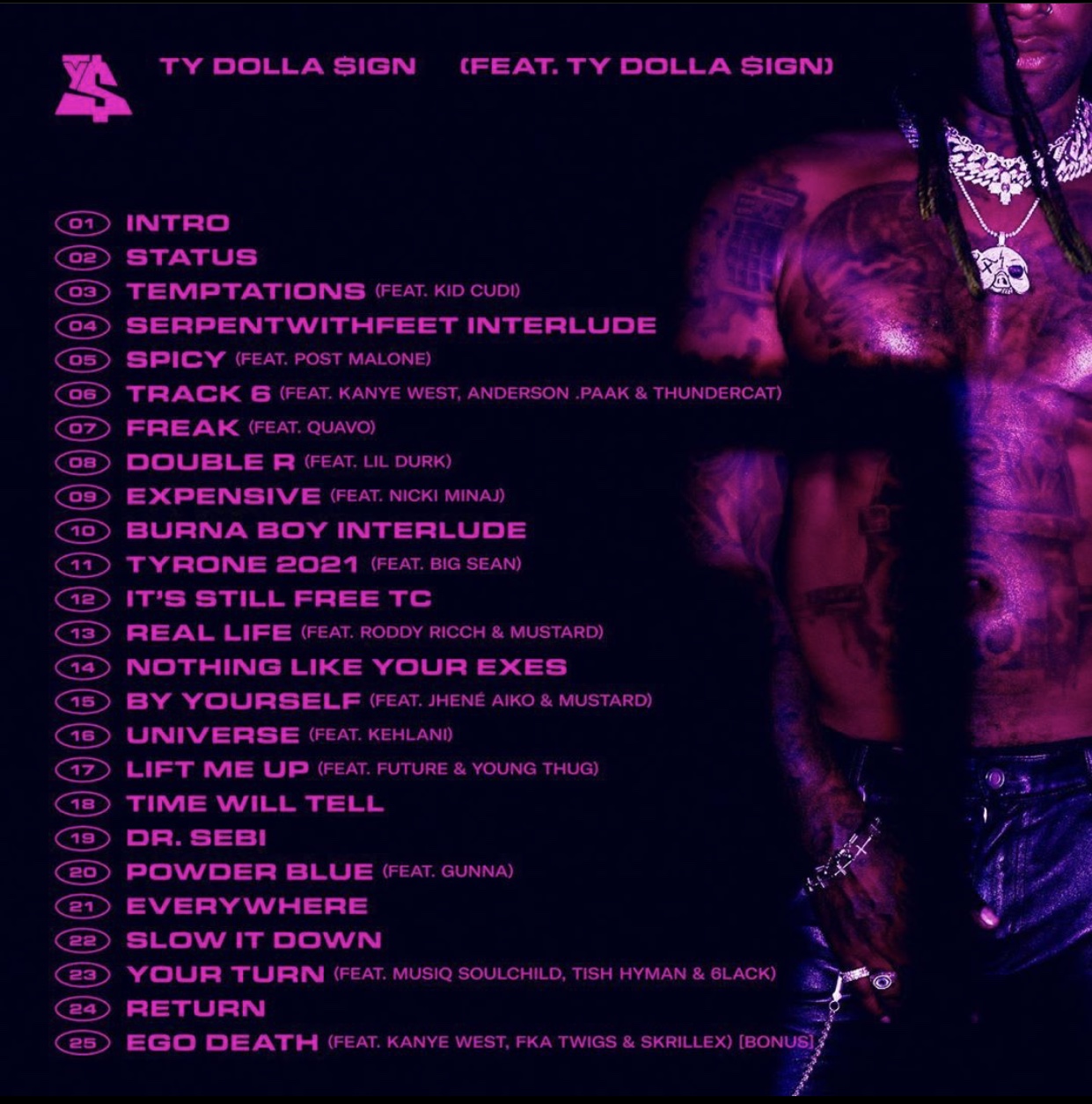 Ty Dolla $ign is giving us 25 tracks from his forthcoming project, Featuring Ty Dolla $ign, that will be released on Friday, October 23. He released his tracklist that features Jhene Aiko, Big Sean, Kid Cudi, Kanye West, Roddy Ricch, Young Thug, Future, Gunna, Kehlani, Musiq Soulchild, 6lack, Anderson .Paak, Thundercat and more. There are hit makers that are featured on this anticipated album and we have one day until we get to put our earphones in and experience what he has been working on for over two years. The South Central rapper has performed on the Late Show with Mustard and Jhene Aiko by his side with his hit single “By Yourself.” He recently released his latest single that features Post Malone called “Spicy.”

Peep his performance above.