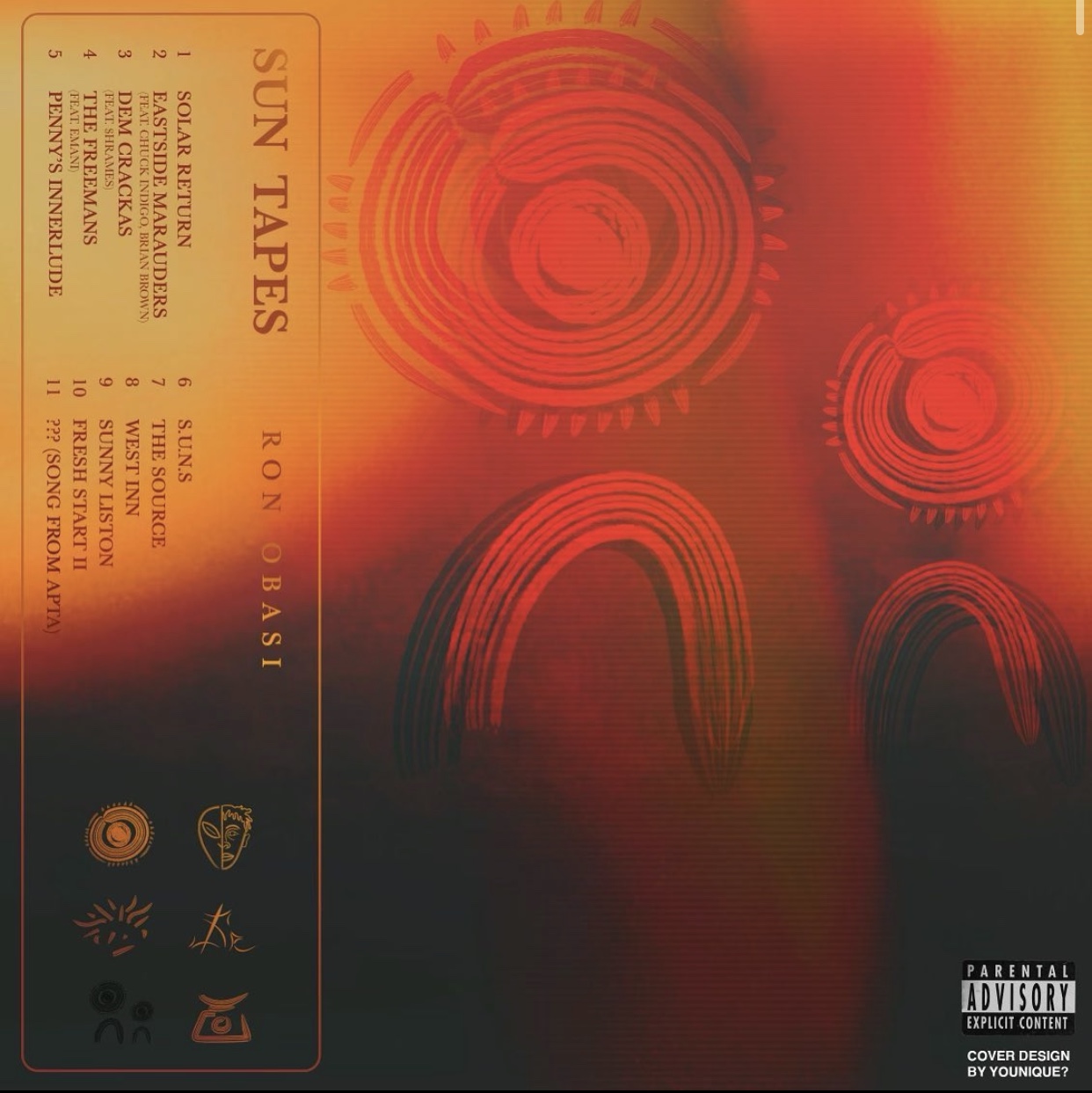 Ron Obasi has announced his debut project, Sun Tapes, that will be available to public on Sunday, October 25. It will be a 11-track that will have special guest appearances by Brian Brown, Chuck Indigo, Shrames and Emani. It will give us the Eastside scoop of what Nashville is about in his world. At the beginning of the month, the Nashville native has released a single called “Tribe Talk” that represents his birthday month and wanted to clear some things up. Ron asked his fans what does the sun represent to them and many responded with divine source of life, inner peace, energy and life, warmth, a fresh start and more. When looking at the artwork of the album, what does it represent to you?

Peep a glimpse of the tracklist below.

Jasmine Johnson
Saweetie is “Back to the Streets” With Jhene Aiko On Latest Single
2 Chainz, Rick Ross and LightSkinKeisha Performed at the Virtual Revolt Summit