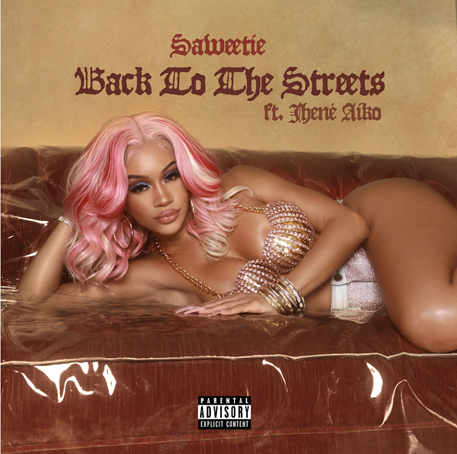 Saweetie has released her latest track with Jhene Aiko called “Back to the Streets.” It is co-produced by the legend himself, Timbaland, that has bounce melody that aligns with Saweetie lyricism. The single empowers women to unite the two baddest in the music industry. Saweetie let’s it be known that it is for all of the “f” boys and came off strong with the raps at the beginning of the song; while, Aiko puts her West side vibes with it. Saweetie is “tapping in” at the charts with her latest single “Tap In” that is a viral TikTok song.

Listen to how Saweetie and Jhene is “back to the streets” with their latest collaboration single below.