#ExclusiveSessions: James Dubose Talks About The Start of Fox Soul, How Creatives Can Be Apart of It and More 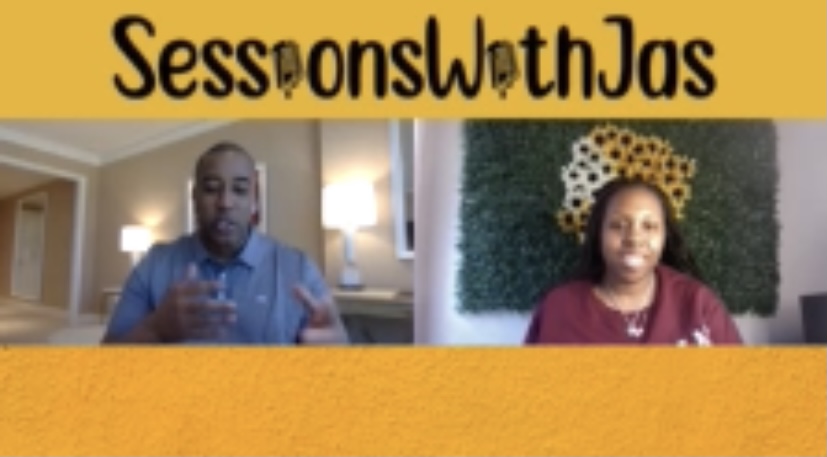 James DuBose is driven to by his passion for his storytelling. He has created some of the successful shows on television. James created his role and was in the industry for over twenty years in sports and entertainment. After coming out on the other side to conquer the challenges, James DuBose is now the Head of Programming and Executive Producer for a new interactive streaming channel, Fox Soul. Backed with confidence by the Fox Corporation, Fox Soul celebrates black culture with an intent to entertain, educate, and inspire. Peep below as I had discussed with him about the start of Fox Soul, the creative shows and more.

SWJ: How did you start fox soul. How did the idea come about?

In 2019, I was in Atlanta as an executive producer of Dish Nation. Steven Brown, programmer at Fox, has been having dialogue and wanting to find out where do they want to go about where to begin their digital screen platform and decided on the black community. Steven approached me and asked what my thoughts were and started that in March of 2019. Once we got on board, we figured it out on what it would look and feel like. In June or July of 2019, we had a test run for a few days and saw how it worked and it went very well. I was flying back and forth to LA to pitch to the team on why it was important to have the network. It was green lighted by the top executives of Fox Soul and we beta launched it in October, and January, of that following year, it officially launched.

SWJ: How did you pick the shows to be able to be on Fox Soul?

I wanted to explain that one of the programs that we are going to have and how we are going to get to those types of programs are by not having just a black face on the network and letting everyone else be behind the scenes but to actually give me the runaway and access to run it how it suppose to be. They wanted us to run how we run it because we know what’s best for the culture. The goal of the program is to hit every emotion that I felt that the community needed with it being inspirational, spiritual, sadness, and/or laughter. It’s a live interactive Fox Soul that differentiates in a different platform that you can call and/or skype in to ask questions. We wanted to provide a safe space for people by explaining the darkest moment of what we go through is like what made you not give up and get to that success.

Cocktails with Queens is about black women empowerment. They can say what they want and not be judged and to give them a voice.  Another show is called The Mix that is for the Gen Z crowd who is younger, in where it talks about a little bit of everything. You got Worth of A Conversation With Jeezy and Jason Lee project. As you can see with the shows, it is a little bit of everything in where they can see what is going on in their lives.

SWJ: Can you define the word “soul?”

Well we had gone back and forth on that. So when you hear the word “soul,” it already speaks to you in the black community. I wanted to take it a little further than that and be able to have my soul speak to your soul and vice versa. That represents the Fox Soul brand. We are speaking to your soul on a day-to-day basis. We have the ability to celebrate black history and the creation of current black history 365 days.

SWJ: People and fans look up to you as motivation/inspiration. What are some encouraging words to give to them in wanting to create a network?

All praises to God. You have to have faith in what you are doing. You will get challenged in this world called life. Sometimes to where it can make you give up on your dreams and to where you won’t believe. First things first is to have a vision that is bigger than you that is more meaningful for you. My goal on this earth when I’m gone is the legacy continues and to make sure that I have done something. Fox Soul is where it represents the ups and downs and the goods and the bad. We all made of those right? I wish someone told me earlier on to not to dream big but to be willing to fail big and in a hurry to where you are going to grow, learn about yourself and the things you want to do. What happens is people want to create a show, network and more, but that is a business within itself. Once you learn how to operate the business of your life by being incorporated you won’t be successful in life. If you can’t be successful in running you, as a person or individual, than how you can run a business? I always tell people to learn yourself as quickly as possible and having people around you, who are honest, and you will conquer the rest.

Are you looking for creatives to be on the network in the near future?

Absolutely! I want black creatives to feel like they have a safe space where they have an opportunity to speak to someone like myself, to where; I don’t have a typical greenlight process because I know how difficult that is. I want the creatives to fill like Fox Soul is theirs. We do have Fox Soul film to where young black creatives can submit. We have 13 episodes that are doing extremely well. People who didn’t get a chance to get looked upon will have a chance to have it air every Thursday on Fox Soul.

What is next for Fox Soul? Any big things coming?

I want to get into every genre via movie, scripts and documentaries and so forth. Coming up, I wanted to touch the community. We are doing a huge townhall for the vaccine on why we should and shouldn’t. We are also having a big music competition show that is developing. We are also wanting to speak and open to make Fox Soul for the music industry of hip-hop. It came respected and appreciated by everybody. We are always looking for black creatives to create with us, to where; we can help them as well.

What are your top 3 shows that you watch on Fox Soul?

Cocktails with Queens, The Mix and TEA-G-I-F.