MoneyBagg Yo Shares Visual For “A Gangsta’s Pain” [WATCH] 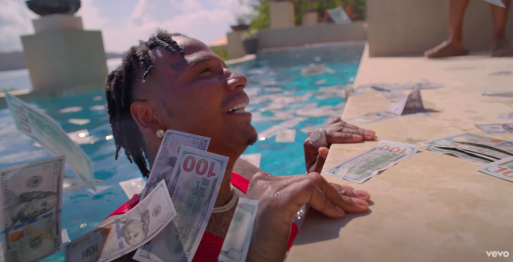 Off of his new album, A Gangsta’s Pain, Moneybagg Yo shares his latest visual “A Gangsta’s Pain” that features his girlfriend Ari. The video was directed by Ben Marc that shows the success of Bagg’s victory of his recent No. 1 album by spending two weeks at the top of the charts. He took it to Instagram to share a message about his continued success by saying, “Took my pain and turnt it to some millions.” This album showed his versatility and how lyrically he is and opens up on his personal side of things. Bagg has some turn up tracks that is intimidated on no obstacles. He has hit singles from “Shottas,” “Time Today” and more. Moneybagg Yo steps out of his comfort zone to conquer A Gangsta’s Pain on his new album.

Peep his latest pain with visual below.