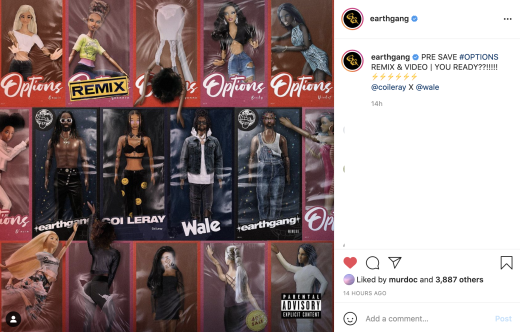 Dreamville duo, Earthgang, has announced that they will be releasing their remix single “Options” featuring Coi Leray and Wale. The original track climbed to the top 25 charts on urban radio and it is a Tik Tok trend. The remix that has two features will be out this Friday, May 28 on all streaming platforms. As apart of the anticipated single that will release, Earthgang dropped the “Aretha” freestyle that is the second freestyle of the series that pays homage to the pair’s musical legends. The sophomore album, Ghetto Gods, will be dropping by the end of the year that will feature the two tracks above.

Peep the freestyle above, as well as, pre-save the remix of “Options” below.