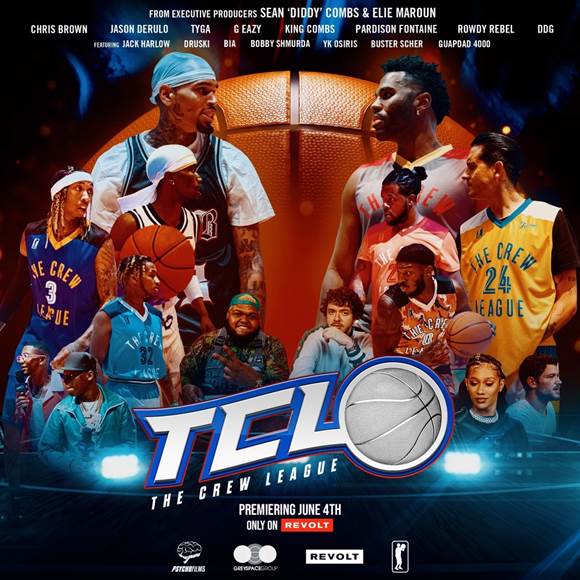 REVOLT has announced that they will make their return of the season two premiere of Crew League that will come out today. It will star some of the biggest stars, such as, Chris Brown, G-Eazy, Pardison Fontaine, King Combs, Drake, DDG and more. The line up will compete in a sports showdown for bragging rights and a grand prize of $200,000. Half of the proceeds will go toward charity. This season will show a never before scene level of competition.

Druski will return by hosting this season along with Jack Harlow and others who will provide commentary. The season followed up with season one that was aired in early Feburary and had featured rap stars, Swae Lee, G Herbo, Russ and more. It was eventful and entertaining that highlighted Swae Lee’s squad winning the championship campaign and the confrontations between the other squad.

REVOLT will premiere the first episode on their YouTube every Friday starting today.