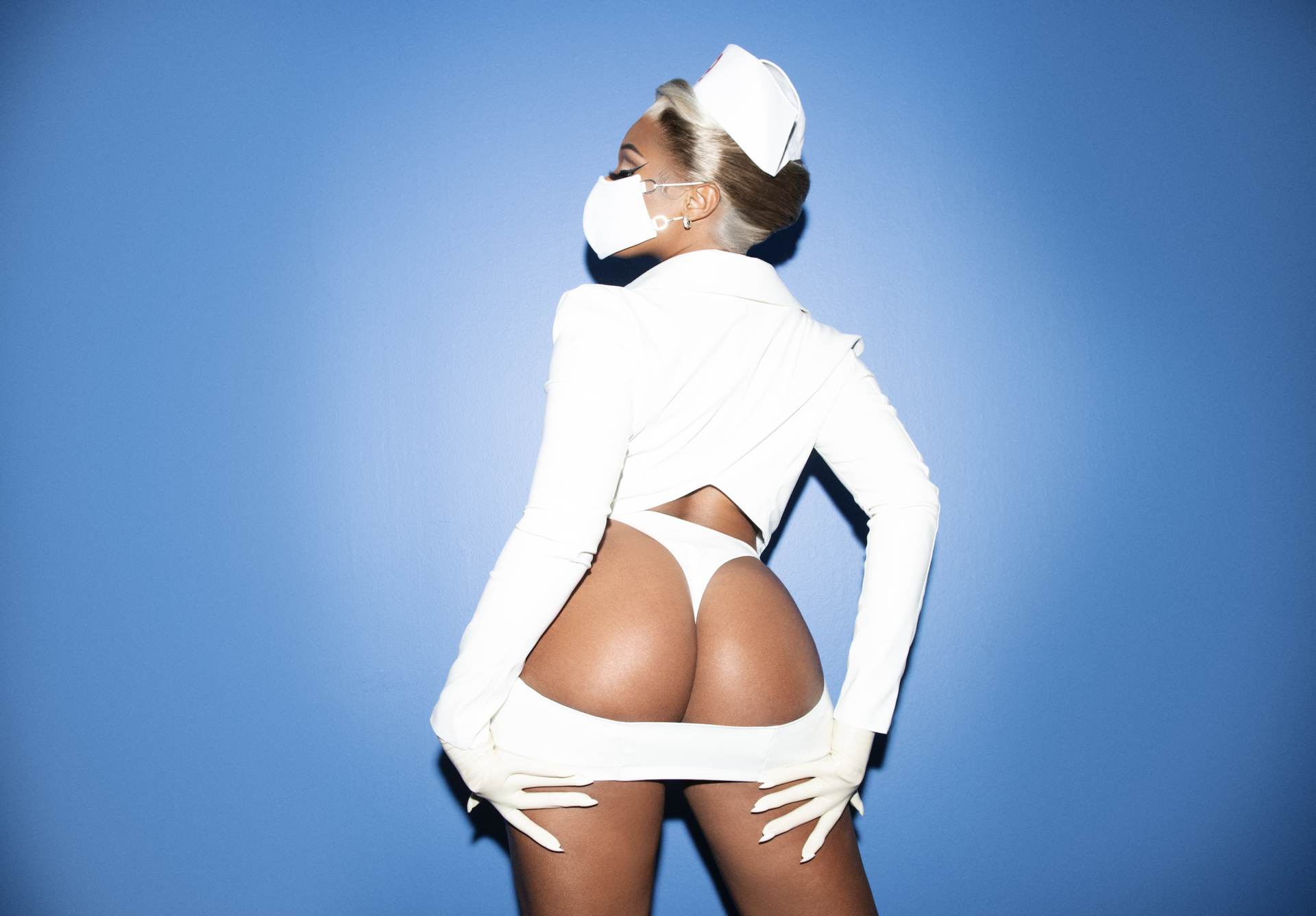 Megan Thee Stallion is back as Tina Snow. She delivered the Hot Girl Summer anthem “Thot Sh*t.” It is a savage, unapologetic, and shocking statement video that marks the return of her hiatus. As she is a fan of horror films, she took that and brought it to her visual as her and her hottie team chasing the politician who is terrified of women owning their sexuality. When he goes to his office, diner, bathtub, he is not safe around the Hotties. The track celebrates women enjoying themselves and doing whatever they want, whenever they want regardless of what anyone says. “Thot Sh*t” is produced by OG Parker and Lil’ Ju Made The Beat.

Peep the visual above and listen below.