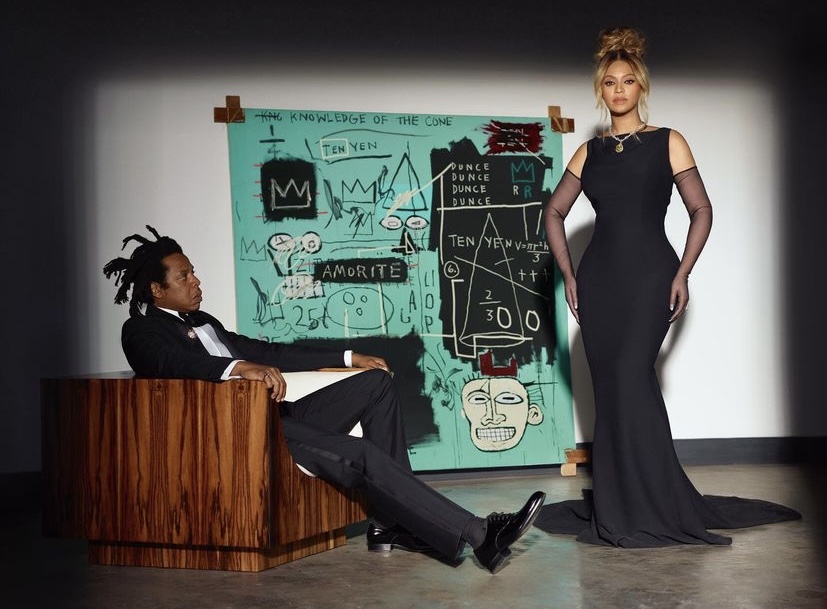 Beyonce and Jay-Z are the new faces of the Tiffany and Company campaign. The luxury jewelry “About Love” campaign modern love. As their first campaign, the duo poses in front of Jean-Michael Basquiat’s painting while dressed in the nineties. The painting resembles the signature Tiffany Blue that came from a private collection and it hasn’t been seen in public before.

Beyonce also makes history by being the first African American woman and fourth person to wear the iconic 128 carat Tiffany Diamond that is one of the world’s largest diamond. It is a legendary stone that was worn by Mary Whitehouse who wore it to the 2019 Academy Awards. The “About Love” campaign includes a film that is directed by Emmanuel Adjei that features the remake of Beyonce’s “Moon River” classic from the 1961 movie Breakfast at Tiffany’s that was captured by Jay-Z by a Super 8 camera.