#ExclusiveSessions: Cey Adams Talks How He Designed and Created the Smithsonian Anthology of Hip-Hop Book and More 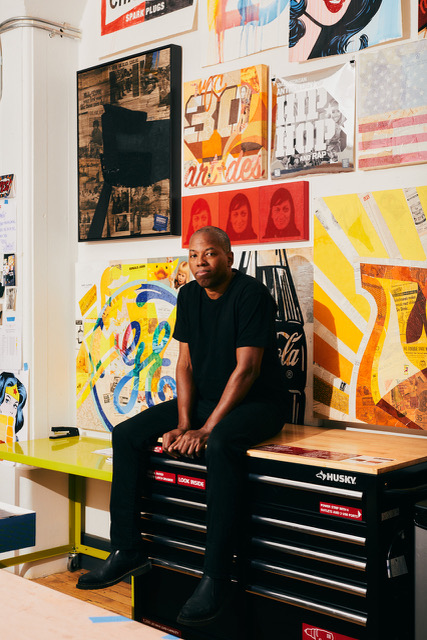 Cey Adams, Creative Director of Def Jam Recordings, has created some of the most iconic campaigns in hip-hop. From LL Cool J to Jay-Z and many more. His work has put on many different exhibits at the Smithsonian National Museum of African American Music, Museum of Graffiti and more. We can say that Cey is an influential person in the entertainment industry thus far. He was there from the beginning before hip-hop had begun. We had caught up with the influential creative and talked about how he became a fan of hip-hop music, how did he start creating the Smithsonian Anthology Hip-Hop book and more.

SessionsWithJas: How did you become a fan of hip-hop music? What was your favorite era?

Hip-hop is a family member to me. I was there before hip-hop and the birth of it. My favorite era is the ‘80s because I worked with artists like LL Cool J, Public Enemy, and Beastie Boys.

SessionsWithJas: How did you become involved in the Smithsonian Anthology of Hip-Hop & Rap? What was your general role in it?

SessionsWithJas: By creating such a historical book, what was your most memorable moment while putting it together?

I’m the most proud of working through the pandemic to get the project done. It was challenging with the team in different cities and working from home. We were also working with printers in North Carolina and in Mexico City. It was difficult but I worked through it.

SessionsWithJas: What’s your definition of hip-hop/rap?

I think of it as youth culture. My friends were doing it before it had a name. Breakdancing, art, etc. didn’t have a name before but it was brought together under hip-hop. It brought us together to form an amazing movement. It was an opportunity for my friends and I to show other people what we were doing and to get people to pay attention.

SessionsWithJas: Tell me how Rap feeds into the celebration of American Culture in your opinion.

It’s easy. It dominated by taking over American culture. Hip-hop and rap took over music completely. Most music today is infused with hip-hop.