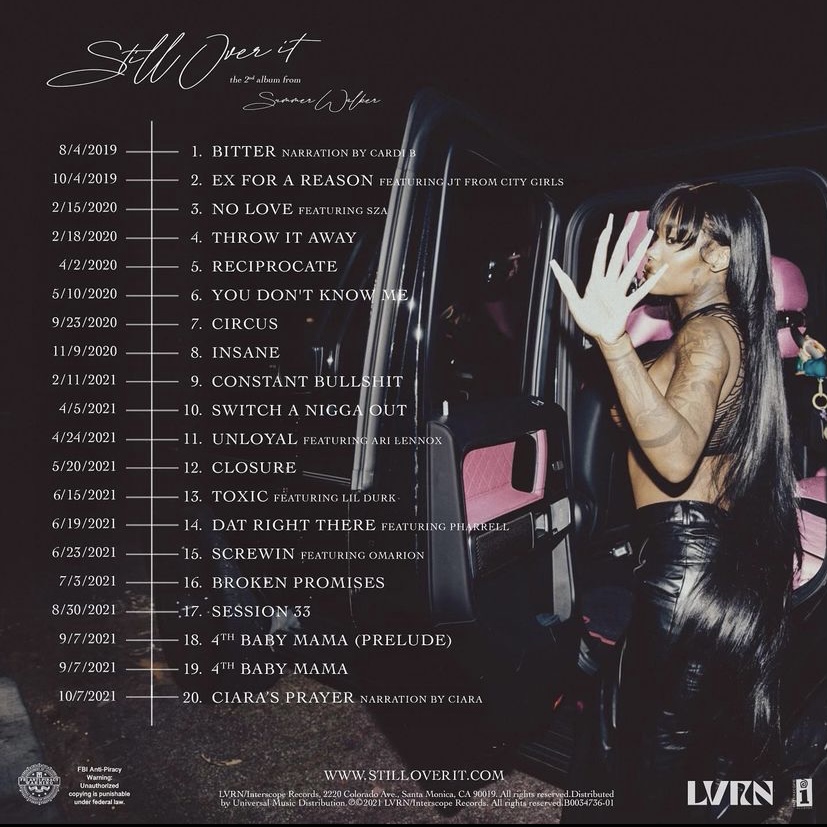 As the countdown begins with it being 3 days away from her second series of her album, ‘Still Over It,’ she has dropped the tracklist for it. It has 20 songs that has special guest appearances by Ari Lennox, Lil’ Durk, SZA, Pharrell, Omarion, Ciara, Cardi B and JT from the City Girls. Summer recently had dropped her debut single “Ex For A Reason” that features JT and many are expecting what Atlanta native is bringing with the classic. Two years ago, Walker released her classic album, Over It, that has many special guest appearances by Usher, A Boogie and more and had won an award for it. We can definitely say that Summer has brought R&B back and since it is the winter coming up, she is bringing us the vibes with the features mixed with a Ciara’s Prayer we are all needing!