Future Covers The May Issue of GQ 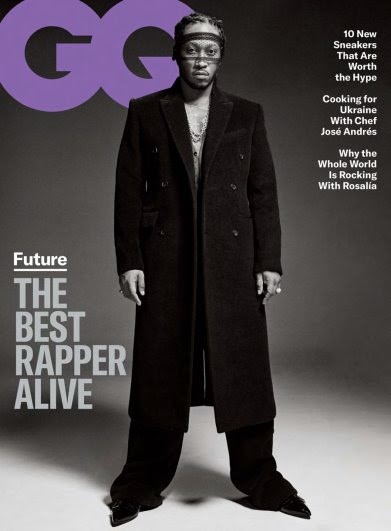 Grammy-award winner, Future has landed the May issue cover for GQ. He will release his anticipated ninth album on Friday, April 29. Elliott Wilson had directed the conversation with the exclusive interview by clicking here to read the full story.

This past weekend, Future had given back to the community by surprising his old alma mater Columbia High School with Greg by renovating the weight room for the kids to be able to come in and do what they do by being inspired. Followed by, him and his team, Freewishes Foundation, had hosted an Easter Egg Hunt with the kids at Forest Park Saturday afternoon.

Watch the full clip of the behind the scenes of the GQ Future’s cover shoot below.