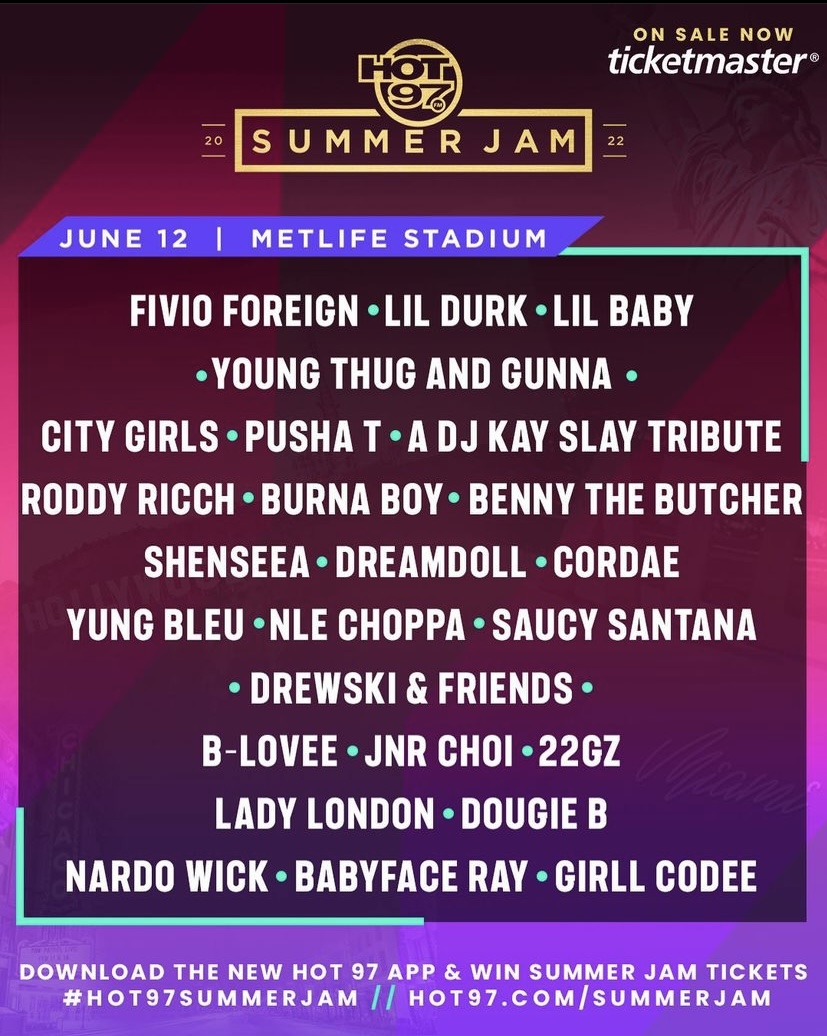 Hot97 is back again with their annual Summer Jam Festival on Saturday, June 12 at the MetLife Stadium. Fivio Foreign, Lil’ Durk and Lil’ Baby will be headlining an exquisite festival that has a unique line-up. Lil’ Durk released his debut album that went platinum with sold-out shows across the world with his O Block team celebrating the success. Other artists are set to perform who are Young Thug and Gunna. Gunna has a sensational year thus far with his last installment of album, DRIP SEASON 4EVER, that has gone platinum same weekend as The Weeknd. This will be a special performance for Pusha T as he released his latest album that has a Pharrell production. Burna Boy is setting but breaking records as he recently performed at the Madison Square Garden in New York being the first international artist to perform there that is sold out on Thursday, April 28. Everyone in the world is saying “Pushin’ P” as the hit single with Gunna, Thugger and Future topping the charts. City Girls, Roddy Ricch, Benny The Butcher and more. Saucy Santana is also heading to the Jersey stage as he recently signed with RCA Records with his distinct sound element and Tik Tok anthems across the world for the ladies.