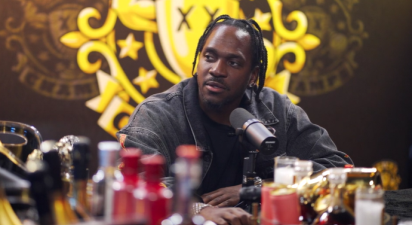 Drink Champs will be releasing a new episode with guest star Pusha T as he discusses Kanye West, Drake and more on the new episode. Drink Champs is one of the most popular show series for unfiltered conversations with A- list guest stars where nothing is off limits. This uncut conversations with Pusha T gives an unfiltered look behind his album, It’s Almost Dry, key behind the scenes most, career longevity and past feuds. Tonight’s topic will include on the episode about maintaining relevancy throughout his 20-year career and how he stands up lyrically to the younger generation, bringing together Kanye West and Pharrell, two of the greatest producers in hip-hop and more.