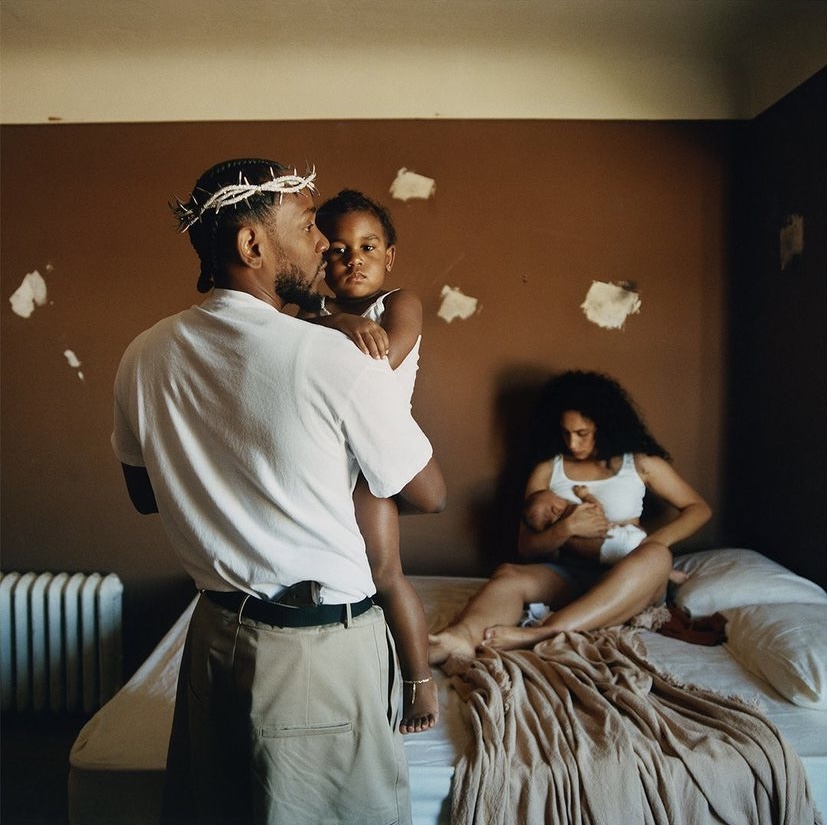 We are less than 48 hours away until the release of his anticipated album, Mr. Morale & The Big Steppers, as he unveiled the cover art. The imagery finds the Compton rapper appears to be his daughter wearing a crown of thorns with a gun tucked into his waistband. A woman, who is his fiancee, Whitney Alford, can be seen sitting on the bed nursing their baby. Back in July 2019, it was brought to our attention that they welcomed their baby girl into this world. It would be the first time that they revealed their children into this world.

Kendrick released his first single off of the album called “The Heart Part 5” alongside a video that he is morphed into several different stars who includes the late great Nipsey Hussle, Kanye West, Will Smith, Kobe Bryant and OJ Simpson. The final album is the final release from the TDE label and he hinted that it may be a double album and also include a book.