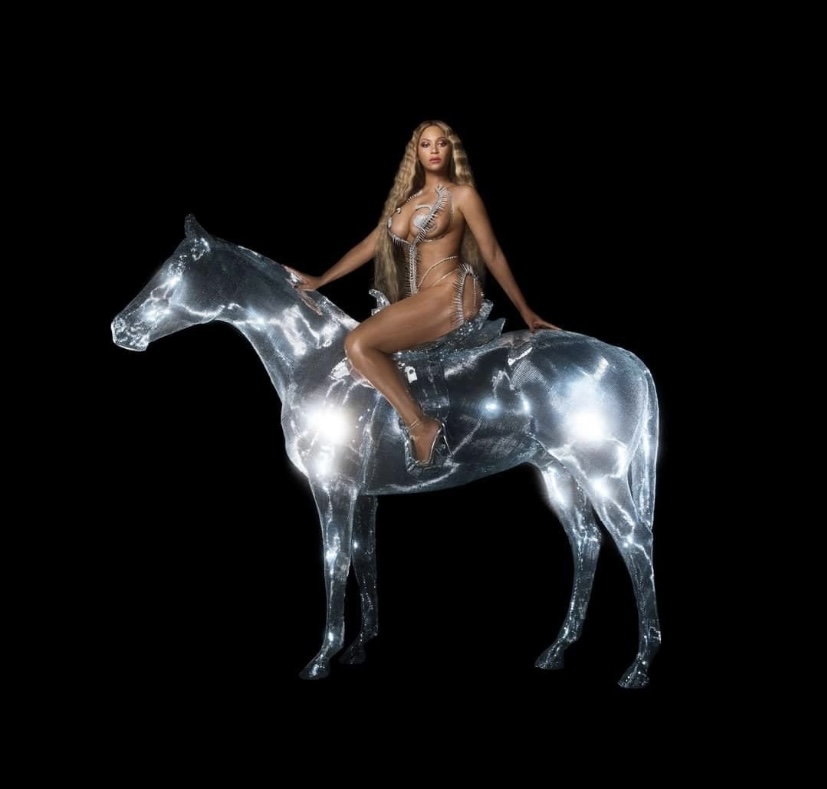 Beyonce drops her debut album cover for her new anticipated album, RENAISSANCE, that is set to drop on Friday, July 29. It is her seventh studio album with a striking cover with a holographic horse while posing half naked in a two-piece bikini with long blonde hair. With her inspiration to creating “act i” with the revealing of the intentions to fans during the trying times.

“Creating this album allowed me a place to dream and to find escape during a scary time for the world. It allowed me to feel free and adventurous in a time when little else was moving,” she wrote in her Instagram caption. “My intention was to create a safe place, a place without judgment. A place to be free of perfectionism and overthinking. A place to scream, release, feel freedom. It was a beautiful journey of exploration.”

Beyonce just released her debut single on Monday, June 20 called “Break My Soul” that has broken records ever since the drop in over two weeks.