The Crew League Season Four With 21 Savage, Quavo, NLE Choppa and More on REVOLT [SEE INSIDE] 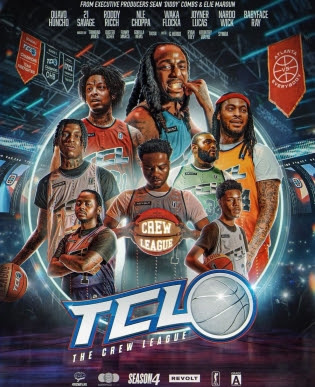 Revolt is bringing back the epic hip-hop basketball competition series called The Crew League that is returning on September 30. It will follow the theme Atlanta vs Everybody with star-studded line-up of Atlanta’s leading artists including Waka Flocka, Quavo and 21 Savage going head-to-head in basketball face-off against heavy hitters representing other cities including NLE Choppa, Babyface Ray, Roddy Ricch and Nardo Wick. Each episode is unscripted, in where, these celebrities will face off in an exciting showdown for two things: bragging rights and a grand prize of $250,000 with half of the proceeds go to their charity of choice.

Jasmine Johnson
DDG Drops New Album, ‘It’s Not Me It’s You,’ Featuring Polo G, NLE Choppa, Gunna and More [LISTEN]
MoneyBagg Yo is the First Artist to Walk Out NFL Team at the Titans vs Raiders Game [SEE INSIDE]